The 24th China Beauty Expo in late May highlighted four emerging trends that should shape China’s imported cosmetics market in 2019. 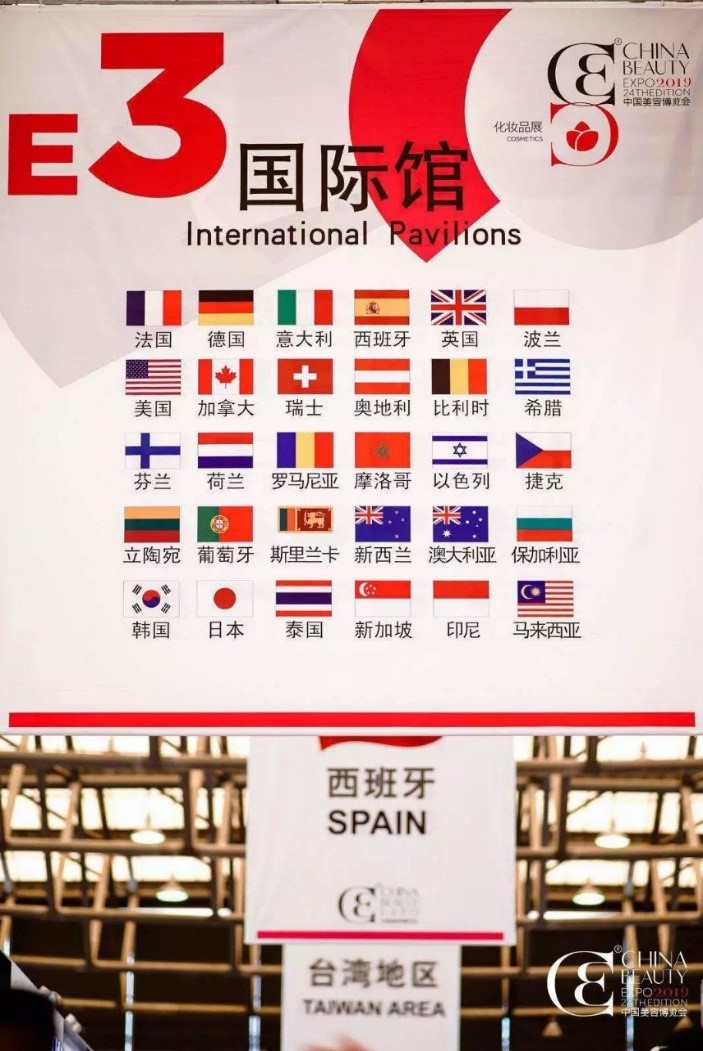 Fueled by tariff reductions on imported products in 2018, China’s imported cosmetics market has continued its strong growth in 2019. According to 2018 customs data, China imported RMB 65.7 billion in cosmetics, a 67.5% year-on-year increase. These volumes are expected to rocket even higher in 2019. Between January and April 2019 alone, imported make-up and skincare products reached RMB 27.15 billion, up 74% of the prior year period. 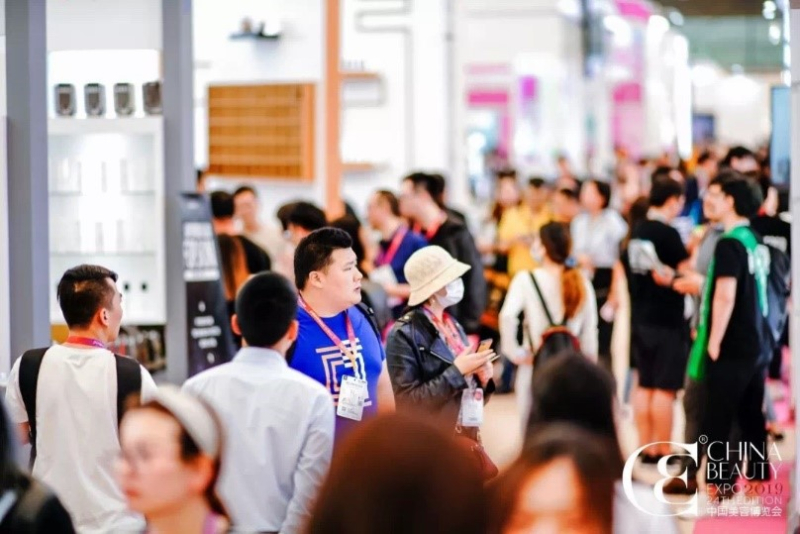 Among more than 40 countries and regions exhibiting at China Beauty Expo 2019, the number of Japanese cosmetics exhibitors doubled. In addition to Hall N5, the newly added Hall N8 and Hall E8 featured Japanese brands. 341 Japanese brands exhibited at the expo, an increase of 60.85% over the prior year. Japan also has been the top ranked source of cosmetics products on cross-border e-commerce platforms over the past two to three years. Spanish cosmetics sales also have grown quickly in China. Two or three years ago, the Spanish brand, Ampoules became an online hit, opening the door to other Spanish brands in China. The number of Spanish exhibitors at China Beauty Expo 2019 doubled. Apart from Hall E3, many Spanish skincare and make-up brands exhibited in Hall E9. The expo included popular Spanish brands, Martiderm and Isdin. Spain will also be the Country of Honor at the 25th China Beauty Expo in 2020. 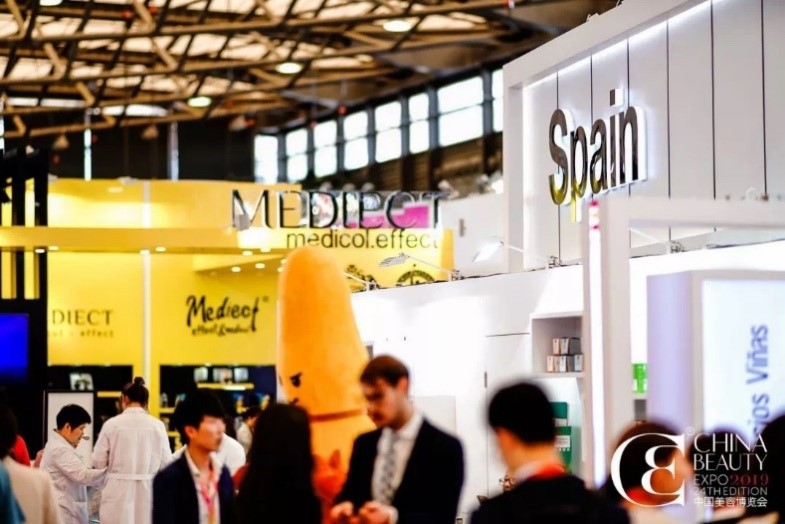 In addition to brands from established cosmetics markets such as France, Germany, Italy, the US, the UK, Australia, Switzerland, Japan, and South Korea, China Beauty Expo also highlighted brands from emerging markets such as Thailand, the 2019 China Beauty Expo Country of Honor. In 2019, the number of Thai brands at the show increased two-fold. Well-known brands such as Mistine, BSC, and Snail White all had a strong showing at this year’s expo and in the China market. Growing Generation Z spending power is driving demand for innovative products in special categories. Imported cosmetics are playing a leading role in filling these gaps in the Chinese market. For example, BB cream a popular Korean product replicated its success in China and reshaped the landscape for base makeup products. Ampoules, a surprise hit from Spain in 2016, created a new trend in skincare serums. 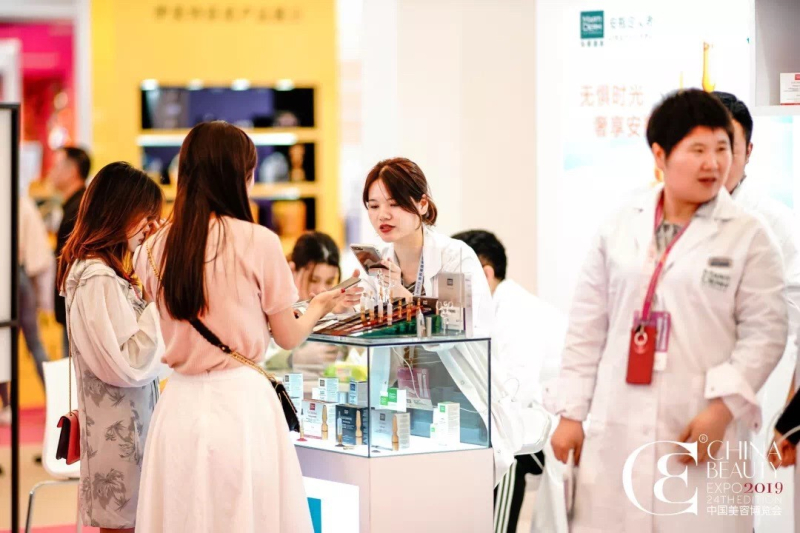 China Beauty Expo 2019 featured an impressive collection of international giants, including L’Oreal, Shiseido, Procter & Gamble, Johnson & Johnson, and Unilever. These global players have used a combination of targeted products and policies and imported products to empower their sales channels. 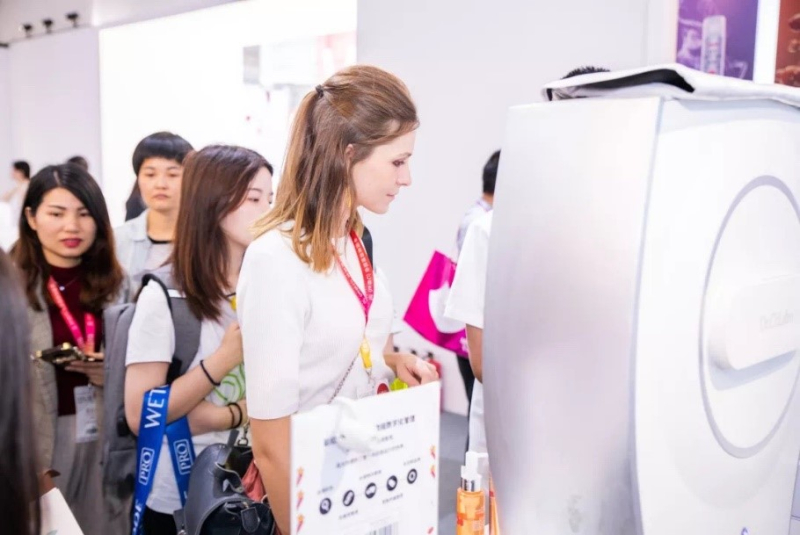 Leading Chinese cosmetics companies also helped to boost the growth of imported products. For example, Shanghai Jahwa has worked with Church & Dwight to import their brands and products which were showcased at China Beauty Expo 2019.