As one of the world’s leading beauty industry events, China Beauty Expo 2019 will attract exhibitors from more than 40 countries and regions and visitors from around the global. Groups from France, Germany, Italy, Spain, Britain, the US, and Thailand are expected to have a notable presence at this year’s expo. Thailand, in particular, will stand out as China Beauty Expo 2019’s country of honor.

To highlight local cosmetics markets, China Beauty Expo (CBE) selects a country of honor each year. The country of honor receives a specially designed pavilion to display its country’s products and brands. In addition, CBE organizes a series of events and promotional campaigns to help expand the country of honor’s presence in China. 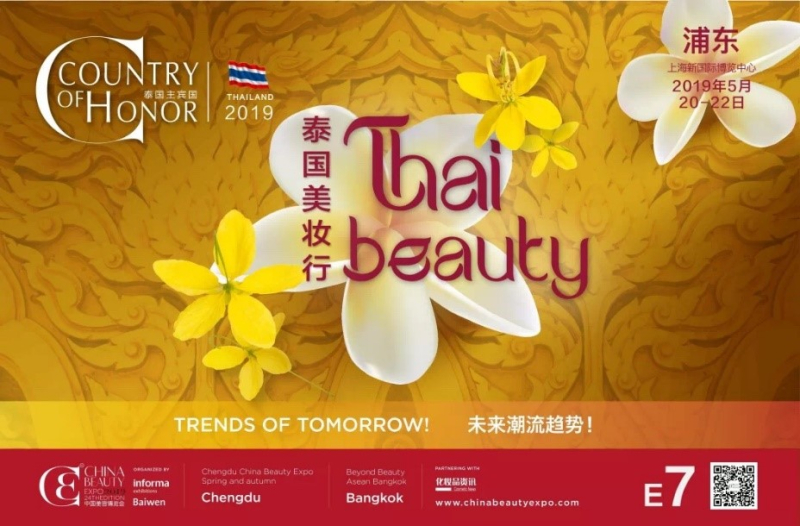 2019 will be the fourth year that CBE selects a country of honor. CBE appointed South Korea as its first country of honor in 2016. The following year, France became its country of honor. Last year, Japan was the exhibition’s country of honor. This year, Thailand will continue this tradition, reflecting the boom in Thai cosmetics products in China. Sang Ying, Executive Vice President and Secretary-General of CBE said, “under China’s One Belt, One Road initiative, we now see the rise of cosmetics markets in Southeast Asia, and Thailand stands out as one of the most competitive countries.”

Several factors have driven the recent growth of Thai cosmetics in the China market. First, growing Chinese tourism and the import of Thai TV series has popularized Thai culture in China and helped increase the visibility of Thai beauty brands. More than 10 million Chinese tourists visited Thailand in 2018, making it one of the largest destinations for outbound Chinese travelers.

Second, Thai brands have built strong reputations and recognition among Chinese consumers. For example, Mistine, Thailand’s top cosmetics brand, has racked up hundreds of millions of RMB in sales revenue after only two years in the market. During the June 18, 2018 sales promotion, Mistine’s sales revenue reached a record high of RMB 20 million, making it one of the 10 best-selling beauty brands on Tmall. By the end of 2018, Mistine had already opened its first retail outlet in Shanghai.

Third, Thai cosmetics are affordable and high quality. When asked about Mistine’s competitive advantage in China, Danai Deerojanawong, the son of Mistine’s founder and managing director of Better Way (Thailand) Co. Ltd, Amornthep Deerojanawong said, “Our affordable prices and good quality have made Mistine a preferred brand among young consumers. This is also one of our unique strengths.’

Fourth, the Thai cosmetics industry is well developed and strong brands are able to quickly, and smoothly enter China. Thailand has also attracted the attention of many international beauty companies. Unilever, L’Oreal, and Procter & Gamble have set up factories in Thailand.

Fifth, Thailand has a tropical monsoon climate, creating a high demand for product categories such as sunscreen and body care. China shares many of these same demand characteristics.

The appointment of Thailand as the CBE country of honor also reflects a growing relationship between the exhibition and Thailand. Sang Ying, Executive Vice President of the CBE Organizing Committee, has been invited to visit Thailand twice to discuss the country of honor and participate in a dialogue entitled, “Connect with China’s Beauty Market.” 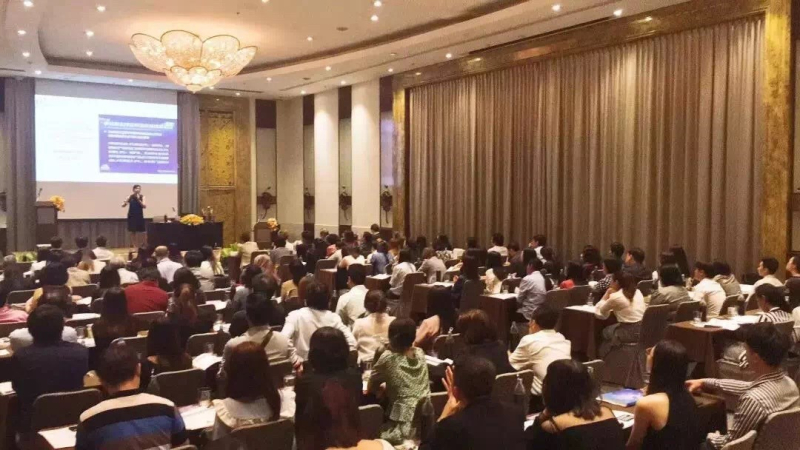 CBE also has received strong government support for the event. The Ministry of Commerce of Thailand invited CBE to participate in this Sino-Thai dialogue. Ketmanee Lertkitcha, the president of the Thai Cosmetic Manufacturers Association said that the fact that Thailand has been chosen as the country of honor has created a sensation across Thailand’s beauty industry. Thailand has even named 2019 as the year for Thai cosmetics.

CBE also will partner with Thai Industrial Standards Institute, Thai Cosmetics Manufacturers Association and several other Thai organizations to launch the country of honor opening ceremony. The opening ceremony on May 20th will be broadcast worldwide. 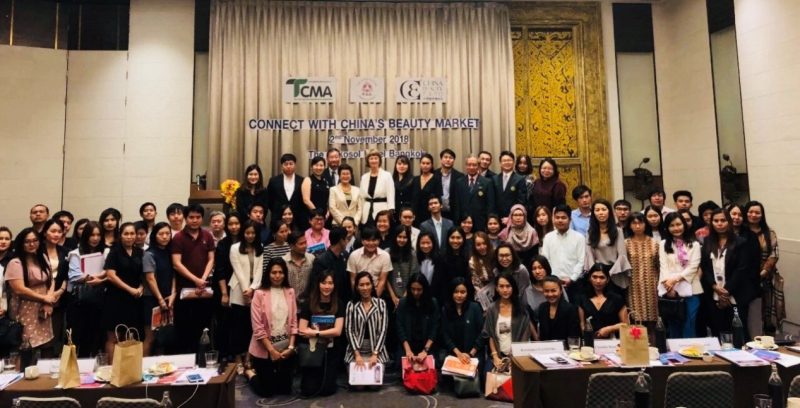 Thailand has been organizing brands to participate in CBE since 2016. In 2018, Mistine, Snail White, Beauty Buffet, Babalah, Royal, Vivskin, Jula’s Herb and other affordable brands were well received by Chinese dealers and distributors. 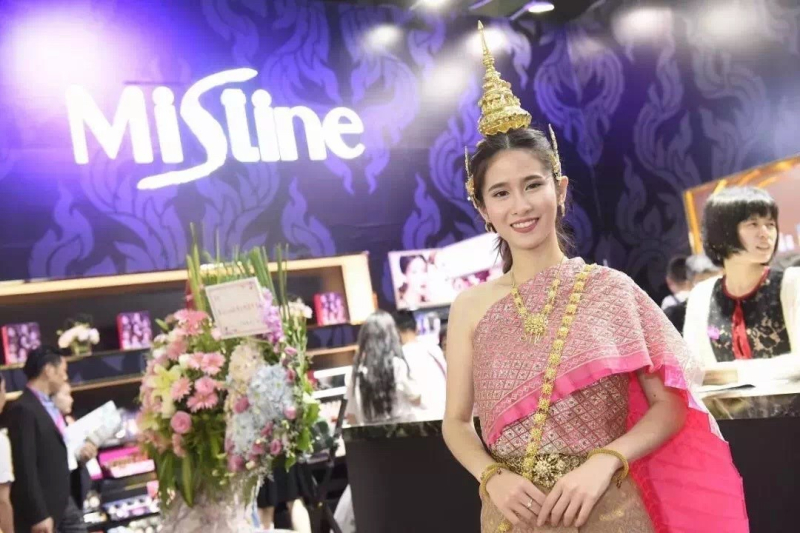 For CBE 2019, CBE has created a national pavilion specifically for the country of honor in Hall E7. Established brands such as Mistine, Snail White, Beauty Buffet, Babalah, Royal, Vivskin, and Julia’s Herb are expected to return to the expo. New brands expected at CBE 2019 include BK, Dentiste, Chan & Yupa, and KiSAA. The pavilion also will feature Thai superstars who will meet with their fans during the show period.

The top 10 Thai beauty brands will invite their spokespeople to perform at CBE 2019. Mark Prin, who was voted the most popular male star and best actor in Thailand in 2018 is expected to appear at the expo. 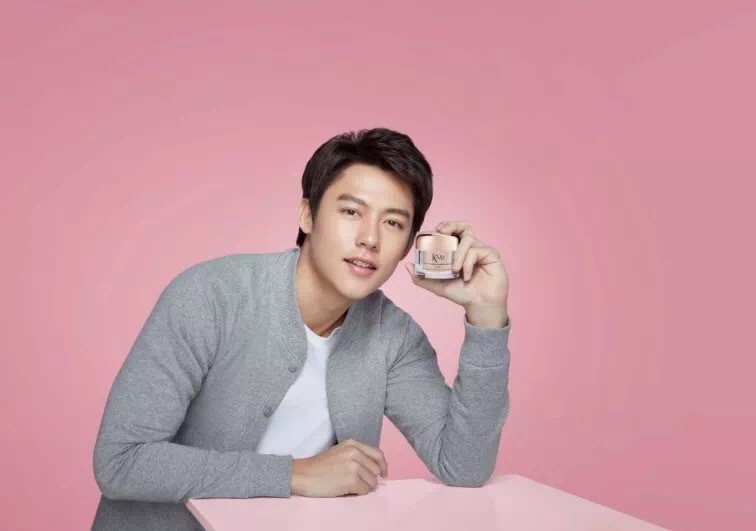