Central China is a key region for understanding the overall China beauty market, CBE President, Sang Jingmin, commented in his opening remarks at the conference. To deepen and share this understanding, the CBE Business Alliance worked with the China Cosmetics Retail Industry Conference to bring together consultants, industry experts, retailers, and brand representatives. The conference has been held each year since the Henan branch of the CBE Business Alliance was established in 2014. This year’s conference expanded its scope to include Hebei, Hubei, Anhui, and Shanxi, substantially increasing the scale of participants and creating a marketplace for new products and business opportunities. 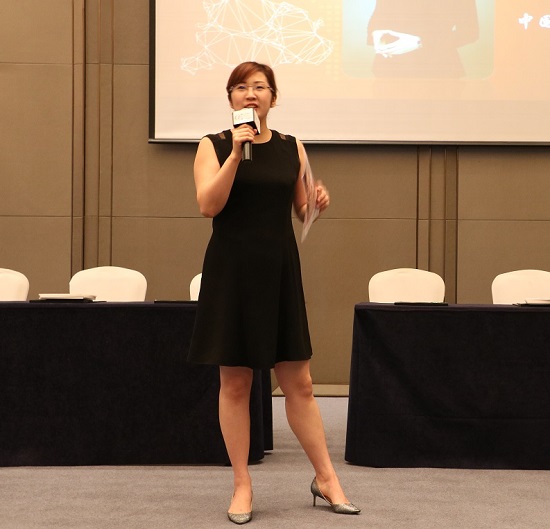 Similar or Different? The Competitive Landscape in Cosmetics Retail Across Central China

Recent field visits and interviews by the Cosmetics News reveal that Central China retailers are trying to migrate from traditional retail models to newer online/offline strategies. This means integrating Internet-powered tools and upgrading their store design, products, and systems. Meanwhile, a stream of new agents and retailers also has entered the market. A research team headed by Feng Jianjun, an industry expert, CBE senior researcher, and founder of “Power of Models”, completed an in-depth study of channels within the Central China region. Several notable findings from his study include:

Henan wins on demographics. One of China’s most densely-populated provinces, Henan’s cosmetic retailers are highly competitive and mature in their strategies.

Hubei lags behind. Compared with the other four Central China provinces, Hubei has the most imbalanced cosmetics retail landscape. It’s number one retail chain is far larger than the next top nine retailers combined. Large retailers like Baoding Dongda and Handan Huayang have developed their own unique strategies.

Shanxi demonstrates the power of alliances. Shanxi retailer Pulison is an example of how an alliance of Chinese cosmetics stores can evolve into a store chain and provincial leader.

Feng’s research also shows several commonalities across the region. First, a major regional giant dominates much of the local market in all regions. Only one cosmetic store chain in each of Hubei, Hebei, Shanxi, and Anhui Province has annual sales exceeding RMB 100 million. And most see a decline in sales per store. Chains are growing their overall revenue by adding stores, but per store revenue and performance remains weak in most cases. Of the provinces, Hubei per store performance is strongest; Henan ranks in the middle; and Hebei is at the bottom.

The retail boom has faded across the region. Customer numbers are falling. Price competition is rampant, and the number of stores exceeding RMB 10 million per year in sales is falling as well.

Meanwhile, a growing number of agents are turning to strategies of core brands + intensive development to build their customer bases and expand to multiple channels. Against these challenges, Feng recommends applying best practices, cultivating brands in a common category, and focusing on specific market segments such as color cosmetics. During the first half of 2017, total cosmetics sales topped RMB 120.3 billion, representing year-on-year growth of 11.3%. Top categories like skincare and color cosmetics led this rise, with color cosmetics up more than 21.1%.

According to Jin Lan, Deputy General Manager of GfK China, specific categories of the skincare market such as serums, facial masks, and cosmetics sets are on the upswing. Anti-aging products have shown some of the most conspicuous growth. Demand for high-end skincare and color cosmetics products will continue to fuel differentiation, channel diversification, and product customization. Department store channels have seen sales pick up and shopping malls have seen growth driven by high-end brands.

Attracting and Retaining the Younger Consumer

Zhang Weijie, Director and Vice President of DANZ Group, share secrets from its WETCODE’s success in attracting and retaining younger consumers. WETCODE has made aggressive investments in advertising and sponsorships, including popular TV and online shows such as “So You Think You Can Dance”, “Fresh Man”, “Up Idol” and “Masked Singer”.  WETCODE has carefully selected endorsers and brand ambassadors, enabling it to quickly build awareness and consumer preference. It has built a broad distribution network covering supermarkets, e-commerce, and cosmetics stores. Its products are available in 18,000 supermarkets and 4,000 cosmetics stores as well as TMall, JD, and VIP.com.

Wu Zhaokui, founder of 1haomei.com, agrees, “It’s not retailing that’s in trouble; it’s your store’s retailing that’s in trouble. The current retail environment requires rethinking of how our products can meet consumer needs and transform the traditional retail logic. Wu thinks that the industry needs a “construction plan”, including systems such as intelligence make-up software.