« CBE Exclusive: Li Xusen on Joint R&D as the Future of Packaging Materials Development | Main | The Winners and Losers in Celebrity Marketing of Cosmetics in China »

Xinjiang's Fashion Girl’s Takes Off in a Competitive Import Market

Fashion Girl’s General Manager, Lin Xuan, launched his first store on the back of more than 10 years of experience in distributing cosmeceutical products. Today, Fashion Girl has grown to more than 20 outlets and 130 staff across six cities and three counties, including Tacheng, Yili, Korla, Emin, Yumin, Urumchi, and Bole.

In 2017, Fashion Girl plans to add ten more outlets to its network. During the first half of the year, it has already opened six and selected sites for another two. According to Lin, these ten outlets will be concentrated in Yining and Bole, noting, “While the cosmetics market in Tacheng and Emin is quickly becoming saturated, Bole is a ripe market with limited competition from shopping malls and chain stores. So, it’s easy to open more large stores in a small region. Similarly, Yining is also a very large market that should be able to support more than 30 stores with revenue of RMB 100 million.” 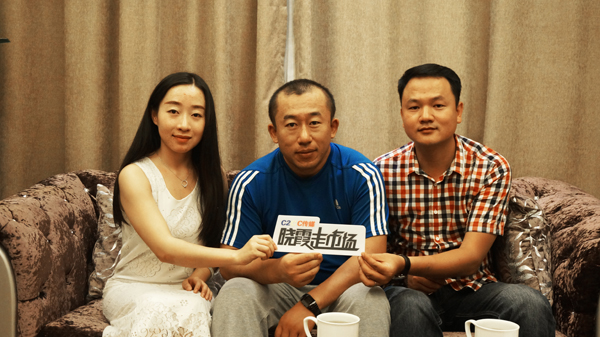 To achieve this goal, Fashion Girl has boosted incentives for top employees. The company offers salary and benefits that enable its “top performers to buy a car within one year and a house within three years.”  When asked about such generous compensation, Mr. Lin commented that, “This is not a benefit that I provide. This is compensation that is earned by the employees themselves, since their compensation is directly linked to their contributions. And, the profit margins generated by Fashion Girl are definitely capable of supporting these levels of compensation.” Mr. Lin added that, “In developed countries, investment in human resources is at least 20% of revenue. China compensation levels are quickly catching up, and Fashion Girl will maintain its investment in human resources at this level.” Fashion Girl also sets individual objectives based on the interests and strengths of individual employees. This ensures that all employees can realize their potential in line with their values.

As women born in the 1990s and 2000s emerge as his core consumer segment, Lin Xuan has also adapted his strategy to provide them with more customized service. These strategies include offering in-store consultation and localizing the product mix. Fashion Girl localizes its product mix my conducting market surveys to constantly adjust product and service offerings.

To execute these strategies, Fashion Girl provides training to its teams at least ten times per year with the goal of improving the expertise of managers, sales representatives, and beauty consultants. According to Mr. Lin, “We see to attract and serve consumers with expertise – including our employees expertise, our expertise in merchandising, and the quality of our services.”

As Imports Gain Share, We Rise to the Challenge

Although e-commerce has had a massive impact on retail across China, lower Internet speeds and higher delivery costs have sheltered Xinjiang cosmetics stores from the worst of its effects. In addition, purchases of branded cosmetic products (e.g. Osmum, Yves Rocher, Bioderma, Mamonde,, and Charmzone) are heavily influenced by the actual buying experience – something not easily replicated online. Internet-based cosmetic information has fueled demand for and popularity of specific categories of cosmetics such as imports.

Xinjiang has seen many cosmetic retailers expand their imported product lists. Fashion Girl made its first move in this direction two years ago, but net with stiff resistance. Many customers felt that specialty cosmetics stores should offer products at lower prices than shopping mall counters. This led to many specialty retailers offering deep discounts such as selling Chanel perfume at 40% or 50% off. According to Lin, “If you’re offering genuine products, you can offer as much as a 30% discount on a Chanel perfume.” Beyond this level, cosmetic stores don’t make any profit. So, 40% or 50% discounts mean that the products are either smuggled or fake.

When asked about his view on smuggled and fake products, Mr. Lin said without hesitation, “I would rather stop selling than sell smuggled or counterfeit products!” To maintain this policy during that period, Mr. Lin removed all imported perfumes from his shelves. He added, “The import business is very difficult, but it is also a major growth area.”

Last year, Fashion Girl adjusted its strategy and discontinued its discounts on imported products. Surprisingly, this led to an increase in sales. Fashion Girl guarantees the authenticity of its products. At the same time, many shopping malls in Tacheng and Emin withdrew from the cosmetics business, particularly as Fashion Girl captured a growing share of the market. For Fashion Girl, this represents a victory for its strategy of offering genuine products, “Some local consumers are buying high-end goods as presents. Others purchase them for themselves. In either case, the import business is very promising,” explained Mr. Lin. Currently, imports rank as Fashion Girl’s third best-selling category behind skin care and make-up.