After Three Major Events, This Skin Care Brand Has a Strong Strategy for China

On January 17, 2017, Shiseido’s skincare brand, Elixir opened in Shanghai by opening its first brand store in the world in Xujiahui District’s Metro City shopping center. Three days later, Cosmetics Information editors visited the newly-opened store to understand this unfamiliar brand. The editors were impressed by the store’s comprehensive skin text and careful skin care experience. The store’s shopping guide encouraged more visits, reminding them that, despite Elixir’s relatively low profile, the brand has been in China for more than 10 years. 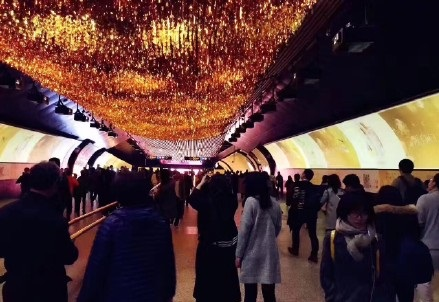 With three months of constant action, Elixir has been making its mark in China, and its brand director says that there is even more to come. Cosmetics Information interviewed Elixir brand head, Shang Tian Dianshi to get some insight into the brand‘s bold plans.

Focus on the Power of Promotion

Elixir is a Shiseido brand and was launched in Japan in 1983. The brand has built its much of its well-established Japanese reputation on collagen research. Elixir brand director, Shang Tian Dianshi revealed that, “for the past 10 years, Elixir has maintained the highest annual sales value among skincare brands.”  The brands biggest feature or selling point is its ability to promote the skin’s on collagen generation.” Currently, Elixir is sold at some 23,000 outlets across Japan.

However, during Elixir’s ten-year history in China, the brand has made little progress in developing the market. Despite this flat performance, their brand director still has a positive assessment of this performance, “In fact, although our previous market share has remained very low, each year we’ve still experienced growth. Because of the nature of China’s channels (CS channels in over 3,000 stores), Elixir is often sold under the general Shiseido brand so it hasn’t developed independent awareness in the market.”  But according to Shang Tian Diansi, Elixir has become one of the Shiseido Group’s priority brands in China during 2017.

Elixir’s Shang Tian Diansi revealed that the brand had increased brand advertising investment by 50 times over 2016. “This is a bold move, but the impact of the advertising has been good and brand communication is yielding results. If this continues, we’ll continue to increase our investment even higher next year.”

Elixir has launched a 360-degree communication campaign in order to provide Chinese consumers with a much more comprehensive understanding and acceptance of the brand. The brand’s advertising campaign focuses heavily on second-tier cities where it is using outdoor advertising, video, and internal and external promotion in shopping malls.

“The Xujiahui subway advertising display is the first time that Elixir attempted this type of creative execution in China.” Before we tried this, we repeatedly tested many creative formats to see how we can best display the brand. Finally, we chose this approach for Xujiahui, because every time that I previously passed that location, everyone always has his head down staring at his phone. Now, we hope that people can put down their phones and discover the beauty around them, and “discover their better selves”. In addition, our first brand store is located in Xujiahui. So, consumers can immediately re-experience the brand again.”

Target China’s Middle Class to Seize the Engine for Growth

From the upscale décor of its Xujiahui brand store, and from the pricing of its products, Elixir is clearly targeting China’s newly affluent consumers. This matches the recent evolution of China’s consumer market which as seen much higher brand awareness, pursuit of quality, and growth in higher income market segments.

According to Shang Tian Diansi, “China is a very important market for the Shiseido Group. It plays an ‘engine-like’ role….now China’s affluent consumer segments travel overseas frequently. Trading up in product purchases is on the rise and quickly narrowing the gap between the China and Japan markets for Elixir. In the past, there was a big gap in pricing between China and Japan markets. But with our most recent new product releases, we’ve narrowed the pricing gap between products in China and our home market. We hope that this move allows us to better meet changing consumer behavior in China.”

Elixir has already entered more than 3,000 retail outlets across China. Elixir has now opened directly operated brand stores in Xujiahui and on T-Mall, and has developed a strategy for expanding and integrating its channels.

“We think that CS channels and our own brand stores are both important channels. Our next move will be to open brand stores in second-tier cities. We also opened our TMall flagship store to help expand our reach across the entire country. Brand stores and our TMall stores are additional channels. In 2nd, 3rd, and 4th tier markets, we actively sell through cosmetic counters and independent cosmetic retailers. So, we’re using an integrated, multi-channel strategy,” according to the brand’s director in China. 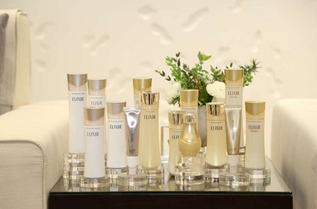 Shang Tian Diansi further outlined plans for Elixir’s growth, indicating that it plans to boost its overall volume by five times by 2020. “This is a very challenging goal. But if we can maintain our current performance, we can achieve it. To achieve this goal, our biggest challenge will be accurately and effectively creating broad brand awareness and communicating the brands real value within a short three-year period.”